Raising young toddlers makes me feel bad for all of the people who had to take care of me when I was a stupid, drunk college student. Rest assured, Dear Friends, that it’s coming back to me two-fold. They are like belligerent little drunkards at all times. What do I mean? Here are some examples:

1) They laugh at the most random stuff. I swear. These girls start giggling over nothing. One sees the other one feeding the dog off of her plate and it’s giggles galore. Make a strange new noise? Giggles. They’re constantly entertaining each other too. Hugs turn into baby hilarity. Built in drunk best friend I guess.

(AHHH! Did you see that dog! Pahahahaha!)

2) They fall over all the time. Standing still? Falls over. Running? Falls over. Drinking a bottle while standing? Slowly tips over just like a drunken hobo in an old black and white movie. Sometimes they even fall over and then giggle.

(The Hun watches as the Conqueror topples over.)

3) They have zero volume control. You know the drunk girl at the bar that shouts everything because for some reason when she started drinking her ears stopped working? It’s like she and her drunk BFF moved into my house. All things are shouted at maximum volume. Or shrieked! That’s a new adventure all in itself. They are suddenly little banshees running around shrieking and giggling and falling over.

(OH MY GOSH MOM LOOK AT THIS COOL PINK THING!)

4) They go from crazy to loving then back again SO fast! Tequila turns me into a cuddly, snuggly mess. Rum makes me crazy. These two live every day like they took a shot of each and hit the town. One minute they want snuggles. The next they’re running away screaming because you told them they weren’t allowed to eat the dog’s food. 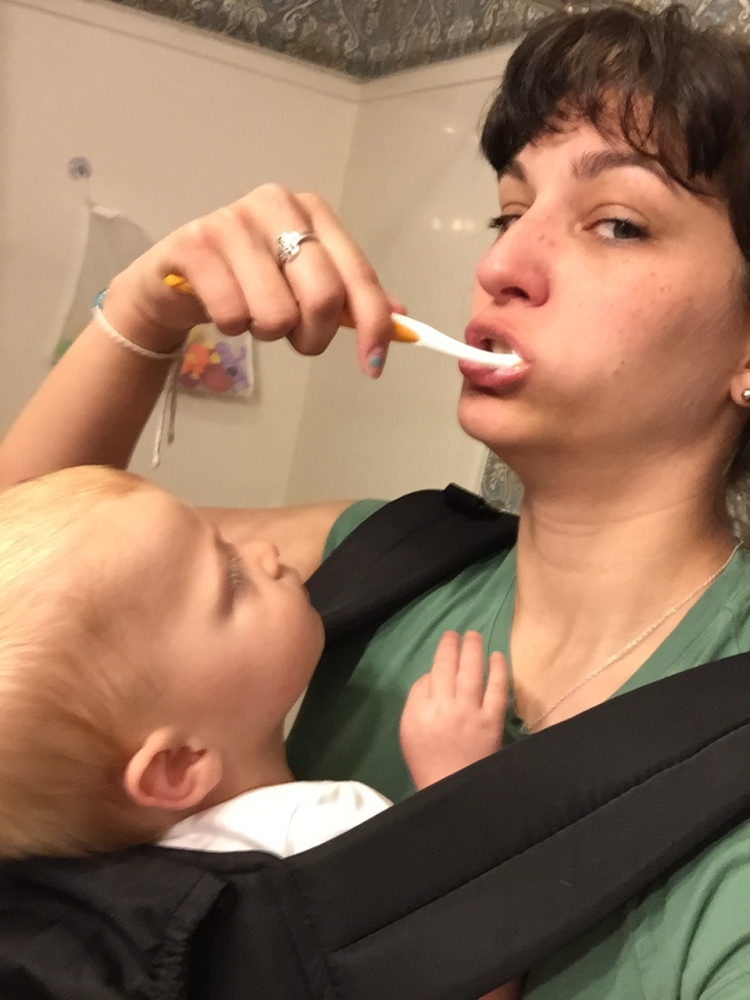 (*slurs words* Listen…Mommy? Listen. I just love you soooo much. If you put me down I’ll scream and wake everyone else in the house. Okay?…I love you.)

5) If they see you with food, they’re suddenly starving. It doesn’t matter if they just ate and were so full that they were throwing their food, they want a bite of whatever you’re eating. They’ll even eat things they don’t like if it’s something you’re about to put in your mouth. 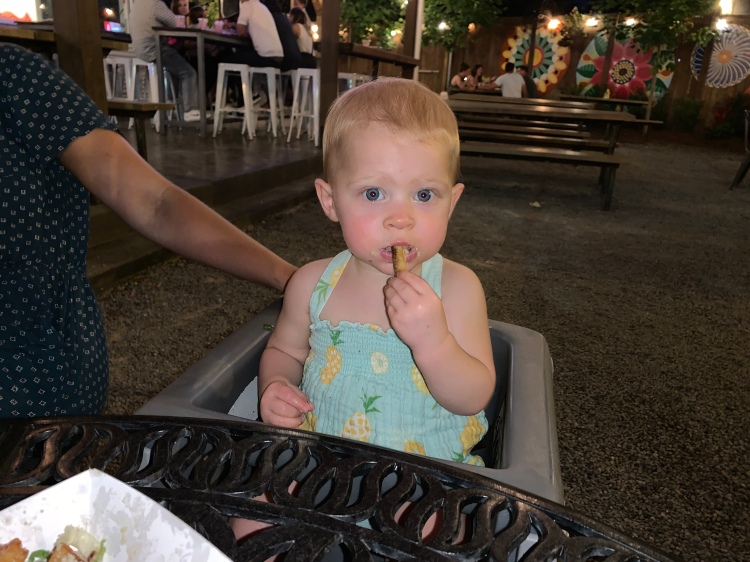 (Mom this is the best French Fry everrrr!)

6) Sometimes they throw up on you. I recently learned that while adults make gagging sounds before they hurl, toddlers give zero warning. My daughters and I all had an AWFUL stomach virus last week and there was so much throwing up happening. If I could erase the week from history I would. To their credit, they puked and rallied like champs. 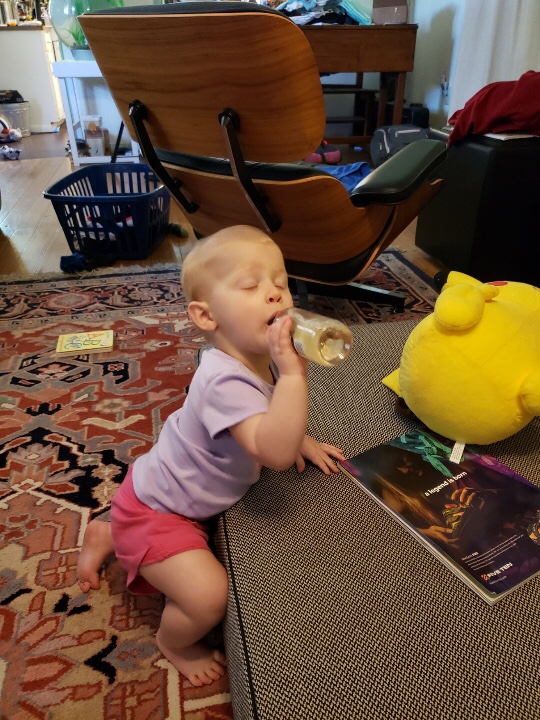 (Yes, that is a tiny bottle of wine. No, she did not actually drink it. Yes, I took it away from her and like a true drunk girl she screamed at me then fell on the ground.)