After my post the other day I wanted to take a minute to tell ya’ll more about Crazy Eyes. I love this kid. She’s an absolute nut and that’s part of the reason she got her name. She also has huge crystal blue eyes that she is prone to crossing and bugging out at people. We’ve called her Crazy Eyes since she was about a year and a half. At four and a half the name still applies.

That’s one of my favorite pictures of us. Its from the very first time I met her. She was and is ridiculously cute.

She alternates between tiny terrorist and sweet helper just often enough that you can enjoy her being around when you aren’t ready to sell her to the circus. She’s smart and quick which is what makes her so funny. Once, while dressed like Elsa, my husband told her to clean her room to which she responded “I’m Elsa!” and walked off. Another time she put a pearl choker on our large pitbull, Moose. When I told her that I didn’t think Moose wanted to wear jewelry she looked at me with a completely serious face said “He does.” and then went on playing.

Its not unusual to see her wandering around our house dressed like a Princess, playing her pink ukulele, and quietly chanting “Let the Bodies Hit the Floor.” She hates black beans and about every fourth meal claims to also hate onions. She enjoys helping with dinner provided she is allowed to smell, taste, and touch everything that we put into it. She calls tights “sock-pants” and insists on helping me pick my jewelry (the tackier the better) any chance she gets. Her kisses are always wet and her hugs sometimes involve both her arms AND legs wrapped around you. 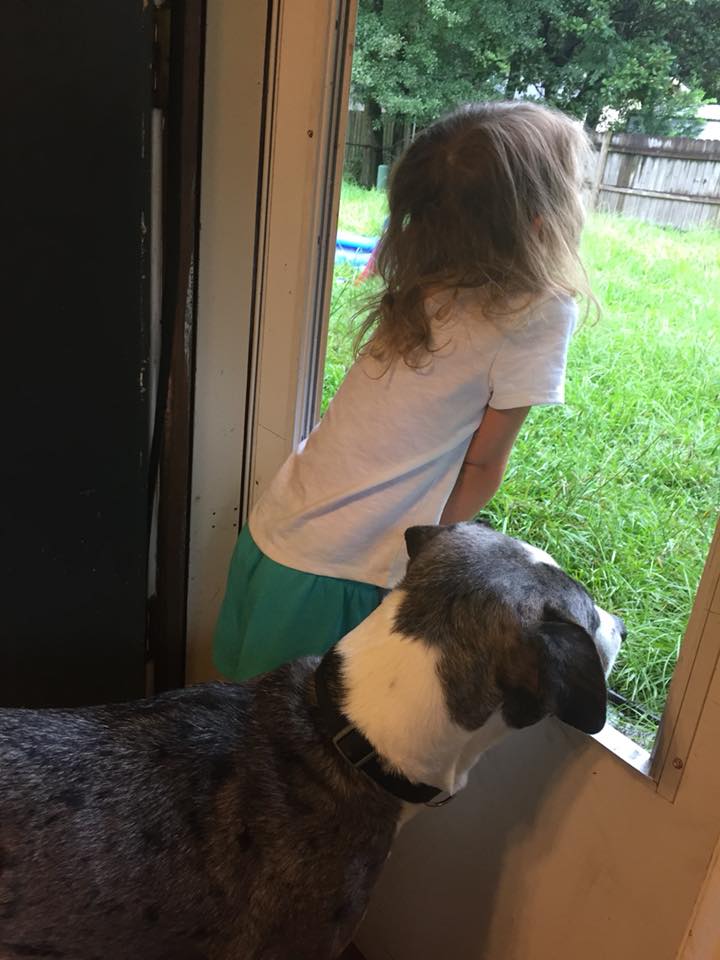 I’ve learned a good deal about myself and what patience sometimes looks like from her. There are times that I have to remind myself that she’s still new at learning how to be a human and that I’m still very new at learning how to be a mom. These are the times when I have to remind myself that it is okay to be frustrated and confused when she gets upset or is weird because she probably doesn’t really know why she’s upset or weird either and is likely feeling the same way.  When I convince her to go to the grocery store with me or get her to dance with me in the car I say a silent prayer that we will have moments like that forever.