Okay so the other day I wrote about my Empty Cup and how I’d picked up an old hobby to keep from going insane. My awesome best friend has taken up embroidery and inspired me to pick it back up. She makes pretty things for her baby. They are dainty and beautiful. Up till now I’ve just been screwing around on a pillowcase and trying to learn new stitches. I’m not great, but I enjoy it. 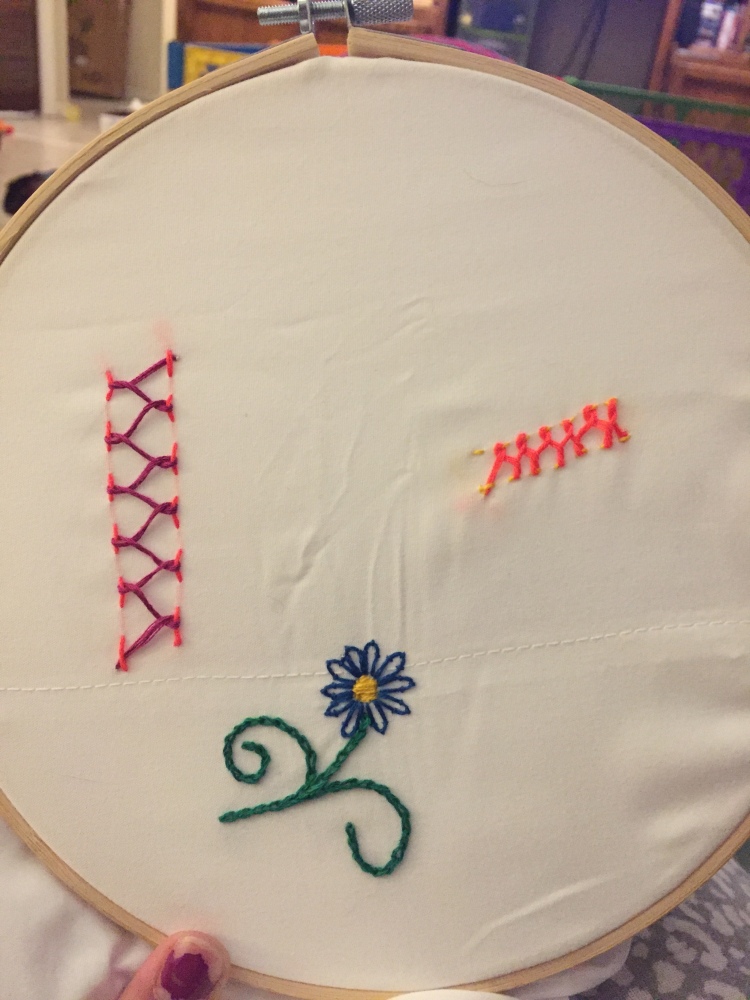 Last night while at my in-laws I decided to do a little embroidery on a pair of cut-off shorts for Crazy Eyes. She has a booty that fits in a 4T but is so tall that she needs a size 6 so I’m making shorts for her out of old pants. When you have a bunch of kids that are growing like weeds you save money when you can. Any way, while my mother-in-law bathed the twins I got to work. To my surprise, Crazy Eyes, The Boy, and The Oldest were all interested in trying what I was doing. If you ever want to test your patience, try teaching three kids how to hand stitch at the same time. To their credit, they were also pretty patient with me. I’m pretty sure I re-threaded each of their needles about 4 times at least. The Hubs even stepped in to help. The most interesting part was seeing how their styles and ideas were so different. 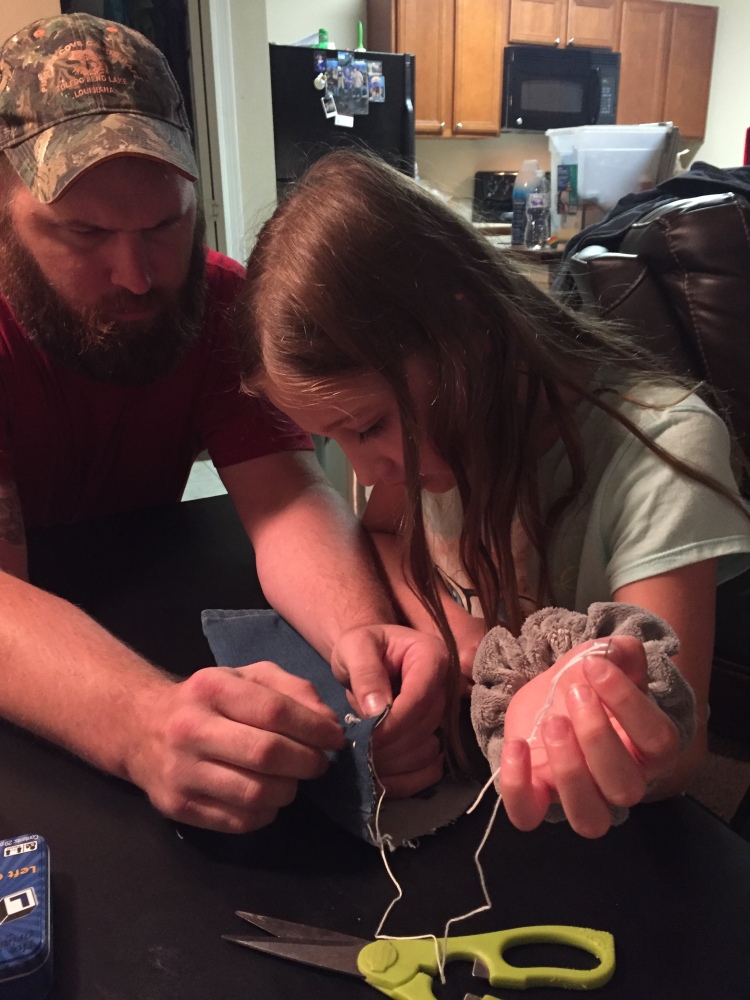 The Oldest wanted to make something with her fabric and thread. She saw it as a means to an end. “If I sew this fabric together I can make a bag.” Her stitches were small and fairly uniform. She got frustrated when they weren’t in a straight line. She asked me questions about how I learned to sew and what I could make. (My grandmother taught me hand stitch and I can’t make much.)

The Boy took a different approach to it all. He initially claimed not to be interested in learning to sew but, once he learned that Daddy and all of his grandfathers knew how to sew, he decided to give in to his curiosity. His approach was the most like embroidery. He had no interest in making a useful item. He just wanted to do something with his stitches. He made his stitches into a square and a triangle. They were uneven and a little weird but they were obviously what they were intended to be. 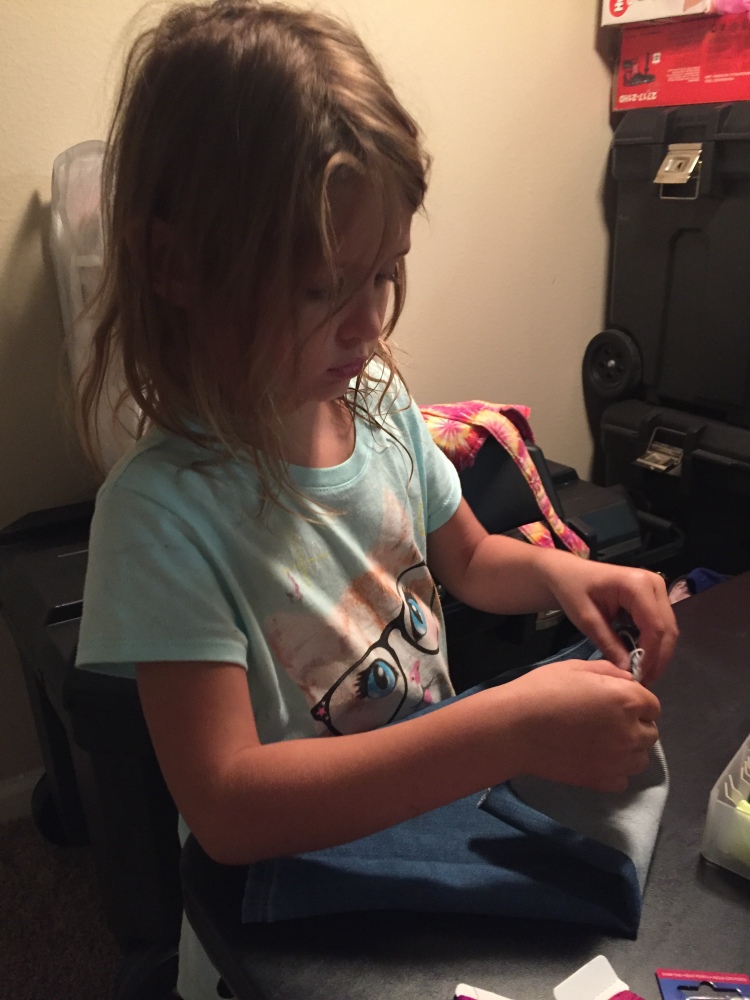 (I swear to God we bathe her and make her brush her hair!) True to her spirit, Crazy Eyes was the least interested in the final product. She just wanted to play with the needle and thread and make stitches. This isn’t to say that she didn’t get frustrated and pout a little when she saw that her older brother and sister were struggling less. She frequently made strange mistakes and unthreaded her needle every couple of stitches. After explaining to her that getting better takes time and practice and that I mess up sometimes she was pleased with what she’d done and moved on. Zen in all the important ways.

It’s easy sometimes to lump my kids into categories and judge them accordingly. It’s “my older kids” and “the twins.” It was good for me to sit and watch them explore with something new and scary and a little risky. I got to see them be perfectly themselves and learned some patience in the process. As an added bonus maybe they’ll be able to sew their own buttons on when they get older.

2 thoughts on “Sharing Hobbies with My Kids”